Get To Know DJ Ro aka Ro Watts 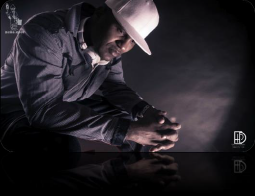 DJ Ro has been called a mad scientist and the DJ booth his lab. For almost 3 decades DJ Ro has brought music to the people of New Orleans, played a key role in the reformation of Q93 FM New Orleans to an Urban Station, and largely responsible for premiering local turned national artist from No Limit Records and Cash Money Records. It’s no wonder he is New Orleans #1 Mixologist. DJ Ro’s highly rated show Club 93 is the only live mix show in the city of New Orleans, and has sustained itself for the past 25 years. DJ Ro has branched into the record world putting together compilations featuring New Orleans artist in efforts to assist unseen talent in gaining national exposure. DJ Ro also has an extensive remake list, in which he takes some of the hottest songs, mixes them with an oldie but goodie, adds a little authentic New Orleans sound, and of course it wouldn’t be DJ Ro without some mixing and scratching.

As DJ Ro matured, the music did as well. To show versatility DJ Ro exposed his alter ego, Ro Watts. Ro Watts was created to cater to the mature clientele, henceforth earning him a spot on Clear Channel’s WYLD FM 98, which specializes in R&B and back in the Day Jams. DJ Ro is not just a DJ, he also doubles as a philanthropist and community servant. In 2010, Ro decided to put his passion and love for his city into action and created Don’t Even Trip Dream Foundation. DET Dream Foundation was established with a commitment to uniting our communities through entertainment. DJ Ro believes, “As musicians we should play our part by using our power of influence to make a positive impact in communities”, and for this reason he hosts a Back to School Rally, Easter Egg Hunt, Turkey Give-Away, and Adopt a Family for Christmas.

DJ Ro is the most sought after DJ in the southern region, and continues to captivate audiences reaching millions of listeners weekly whether on Q93 FM or WYLD FM 98. You can always listen to his shows worldwide by logging onto www.Q93.com or iHeart Radio, and for all things DJ Ro, visit www.djro.com.